A few months ago, I asked Vox readers what price increases bothered them most amid our current economic environment of high inflation. The most common answer, far and away, was eggs — a relatively small-ticket item, but a staple, and one whose price hikes were annoying as hell to many consumers. That was back in August 2022. Now, the egg price situation is even worse.

According to data provided by Urner Barry, which follows the food commodity market, the average price on a dozen “Midwest large” eggs was up to $5.46 as of late December 2022, well above the $0.89 it was at at the start of 2020, before the pandemic hit, and even above other highs in the low $3 range last summer. Following the peak egg demand that comes with the holiday season, prices have started to cool off, falling back to $3.64 as of January 17.

“There is almost invariably a drop in demand after the holiday baking period, which, in turn, causes wholesale prices to drop,” said Karyn Rispoli, who covers the egg market for Urner Barry, in an email. “This year’s decline has been rather sharp though because of the heights from which the market is adjusting.”

Still, the egg prices many people are seeing at the grocery store are eye-popping. And in some parts of the country, such as California, eggs are extra pricey and in some cases, hard to find.

Eggs have been part of the US economy’s inflation story for months. Beyond the cost of one individual egg at the store, you also have to remember that eggs are an ingredient in so many items, from pet food to baked goods and beyond. So when the cost of eggs rises, that can put pressure on a lot of things.

So what’s going on right now? Here’s a little rundown.

The bird flu is bad

“In 2015, the virus kind of stopped once the weather got hot and the spring migration finished, and the repopulation was fully able to get going. [In 2022], it’s come back in the fall with the winter migration,” said Brian Moscogiuri, a global trade strategist at Eggs Unlimited.

As of early December, there were about 308 million “layers,” meaning hens laying eggs for consumption, in the US. That’s down from 328 million the year prior. “Typically, you need about one bird per person to have a close-to-balanced supply and demand with US consumption,” Moscogiuri said. “So we have, what, 331 million people in this country? You can see right there, there’s a huge shortfall.”

As Vox’s Kenny Torrella explained, nearly 58 million birds in the US, most of them egg-laying hens, have died from the bird flu over the past year, well above the previous record of 50 million from 2015. Once a farm or facility is infected with the virus, it spreads like wildfire and is almost always deadly. Regardless, US regulations require farmers to depopulate their operations once bird flu is detected, meaning the birds with and without the virus have to be killed off.

“They have to clean and disinfect the entire facility, and then they have to test [the facility] in order to repopulate [to make sure the virus is cleared],” Moscogiuri said. Egg producers have gotten better at repopulation, having learned from experience in 2015, but as mentioned, the current outbreak is much more persistent than the last.

The bird flu outbreak in 2022 coincided with a hot season for eggs with consumers, leading to a bit of a perfect storm on prices. “The latest outbreak wave came at a point when the industry seasonally adjusts the egg-laying flocks to meet the increasing demand for eggs associated with the winter holiday season,” the USDA wrote in a recent research note. “Lower-than-usual shell egg inventories near the end of the year, combined with increased demand stemming from the holiday baking season, resulted in several successive weeks of record high egg prices.”

While the bird flu is the primary cause in the current surge in egg prices, there are other factors in play, too — factors that have dogged the egg market and the broader economy for months now. Inflation appears to be cooling in some areas, but it’s still high, and a lot of things are more expensive.

“Just like with all the other items in the grocery store, there’s all this inflationary pressure, with interest rates, with oil, with feed prices, with raw materials, with packaging, cartoning, transportation. You have labor issues and costs associated with labor,” Moscogiuri said.

I wrote an explainer on eggs and inflation in early 2022 that got at a lot of these issues. The cost of an egg is over half feed, Sam Krouse, vice president of business development at MPS Egg Farms, which is headquartered in Indiana, told me at the time. As the costs of corn and soybean meal fluctuate, so do egg prices. Changes in the prices of fuel and packaging — cartons and corrugated boxes and plastic wrap — can impact the ultimate price of eggs. Demand affects things, too. The holiday season may be over, but Easter, another time of the year where consumers get into eggs, is just around the corner.

Egg prices are starting to come back down, though what’s happening on the wholesale market is not always directly and immediately reflected in the grocery aisle

It is often more expensive to be nice to chickens, which can lead to higher prices for cage-free eggs. In California, a law went into effect last year that requires that all eggs sold in the state be from cage-free hens. Massachusetts has a new law in place tightening standards around egg production, and some corporations have made cage-free commitments as well. As the Los Angeles Times noted recently, cage-free hens can be somewhat likelier to come into contact with wild birds that can infect them with bird flu, though both cage-free and enclosed chickens have gotten the virus at similar rates. (It’s worth noting that amid the current egg market weirdness, specialty eggs have sometimes been the better deal, but that’s generally not the case.)

Will eggs have a great fall?

As mentioned at the top, egg prices are starting to come back down, though what’s happening on the wholesale market is not always directly and immediately reflected in the grocery aisle. As the Wall Street Journal notes, some grocery stores have tried to keep egg prices “competitive,” even if that means sacrificing some profits, because they’re a consumer staple and good for getting people in the door. For the many stores that have hiked prices, there will likely be delays in bringing them back down, too.

“There is usually a two-to-three-week lag between wholesale pricing and what consumers see in terms of retail pricing,” Rispoli said. “That, however, assumes that retailers are passing those lower costs on. Since many retailers were selling eggs below cost when the market soared to record highs last month, they may be slower to react on the way down.”

The good news, if you’re a real egg head (I’m sorry), is that generally there are eggs on the shelves. The Journal reports that there have been “spotty shortages” of eggs, but not one that’s highly pervasive and widespread. Some regional grocery chains in places such as North Carolina and Colorado have dealt with occasional shortages, or in some cases, specialty or organic eggs have been a little harder to come by. Overall, though, egg producers have been more nimble at repopulating their farms and recovering from bird flu outbreaks than they were in 2015.

All that being said, the weather will soon start warming, meaning wild bird migration begins once again, creating more potential for infections. Producers are getting better at protecting their flocks from bird flu, but they’re not perfect. (In addition, as Torrella notes, maybe the way to be really good here is to start giving the chickens a vaccine.) In the egg world, the worry isn’t that winter is coming, it’s that spring is.

“Hopefully, repopulation is continuing and more production is on its way up, and we don’t see any more [bird flu] as we go back into this spring migration again, and the worst is behind us,” Moscogiuri said. “But we really don’t know.” 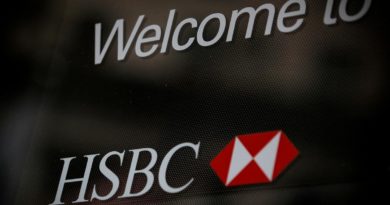 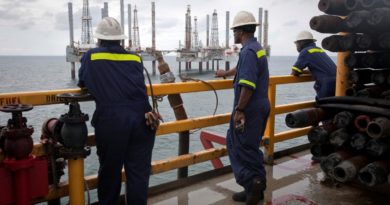 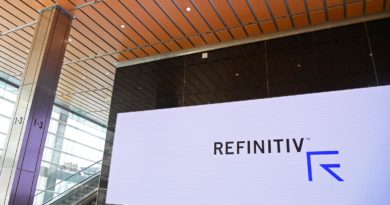