Edward Snowden has been granted permanent residency rights to live in Russia in a step towards citizenship, according to Reuters.

Mr Snowden’s lawyer Anatoly Kucherena told the outlet that the request had been delayed longer than normal due to the coronavirus pandemic.

“His residency permit was expiring and we asked to extend it,” Mr Kucherena told Reuters.

“We submitted the documents in April and we got the permanent residency rights (on Thursday).”

Mr Snowden, 37, was granted asylum in Russia after fleeing the United States in 2013 and leaking classified documents detailing the mass surveillance programme of the country’s intelligence apparatus.

A former contractor for the Central Intelligence Agency and the National Security Agency, Mr Snowden has been wanted in the US to face criminal charges of espionage and theft of government property for the leaks.

While Donald Trump has considered pardoning Mr Snowden, attorney general William Barr has said he is “vehemently opposed” to pardoning someone who had given classified information to America’s enemies.

Mr Snowden did not immediately respond to The Independent, but in an interview last year he said he’d be open to returning to the US if he was granted a fair trial.

On an episode of CBS This Morning, Mr Snowden said he wasn’t “asking for a parade”, a pardon or a free pass.

“Of course I would like to return to the United States,” Mr Snowden told CBS co-hosts Gayle King and Tony Dokoupil.

“That is the ultimate goal. But if I’m going to spend the rest of my life in prison, the one bottom-line demand that we all have to agree to is that at least I get a fair trial. And that’s the one thing the government has refused to guarantee because they won’t provide access to what’s called a public interest defence.” 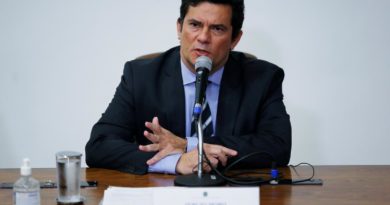