During the peak of the recent wildfires, cities like Portland, Oregon, and Seattle, Washington, suffered some of the dirtiest air in the world, making breathing the air like smoking a pack of cigarettes in a day.

The smoke from these fires has shrouded millions of people in dirty air, as you can see in this map of air quality from Esri, a geographic information software firm:

But even after the flames are snuffed out, the harm from this dirty air may linger. Evidence is emerging showing that the health effects from wildfire smoke can last for a long time.

While evidence continues to mount about the enormous economic, social, and health costs of air pollution, these wildfires show that we may still be underestimating the true scope of the problem. And as wildfires become more dangerous as populations increase in high-risk areas and as the climate changes, these hazards will only grow. That means we need to find ways to reduce exposure to wildfire smoke in the near term while also preparing to cope with the health effects over the long term.

When wildfires burn, they emit a blend of gases and particles including ash, volatile organic compounds, and carbon monoxide. And when the smoke reaches urban areas, it can mix with human-produced chemicals, like those from solvents, plastics, and metals.

The immediate effects of this toxic brew can be stark. It can cause coughing and watery eyes, while worsening underlying health problems like heart disease and asthma. Some of the worst effects of smoke come from tiny particles known as PM2.5, particles with a diameter smaller than 2.5 microns. These motes can penetrate deep into the lungs and even cross into the bloodstream.

Air pollution, regardless of the source, is already one of the deadliest public health threats in the world. The World Health Organization estimates that 7 million people a year die from air pollution. Dirty air can also take years of life expectancy away from people.

But a key aspect of wildfire smoke that makes it so dangerous compared to other pollution sources is the sheer amount of hazardous particles and gases it produces.

“One thing that’s quite unique about wildfires is that they can create these very high levels of the particulate matter air pollution that you really don’t typically see on a day-to-day basis with typical urban pollution from trucks or factories,” said Jo Kay Ghosh, the health effects officer for the South Coast Air Quality Management District, whose jurisdiction covers more than 17 million people across Southern California. “In general, the higher [the] levels of pollution, the higher the risks of health effects.”

A recent study published in the journal Toxics looked at what happened to people in the community of Seeley Lake, Montana, after unprecedented late-summer wildfires in 2017 bathed the town in high concentrations of PM2.5 for more than a month.

Researchers examined 95 adults from Seeley Lake one and two years after the fires, measuring their lung functions. They found a significant increase in the number of people with below-normal lung function at these time points.

“The observed changes in lung function,” the researchers wrote, “ … illustrate the potential for long-term adverse health effects following a significant exposure to wildfire smoke. While the event in the present study was singular in its level and duration of smoke exposure, this is not the first, nor will it be the last exposure for these communities, due to the history of wildfires in this region.”

As a caveat, the researchers noted that the sample of people in their study skewed older, with an average age of 63. That means that many may have had preexisting breathing issues. But the results show how vulnerable groups may face an outsize health burden from wildfire smoke.

“When children and adults with potentially compromised health conditions are exposed to the smoke for days or weeks at a time, the concern is that this might convert to longer-lasting effects over their lifetime,” said USC’s Avol, who was not involved in the study.

This is still an emerging area of research, and scientists are also studying the long-term consequences of other recent major wildfires. With more robust results, in time we may get a better handle on the health burden of wildfires.

More smoky air is likely in store for the West

Fire season still isn’t over for some parts of the West. As autumn winds pick up, a new round of blazes could spark and spread, particularly in Southern California, home of the notorious Santa Ana winds that can gust at 70 mph. More fires could further increase the health risks for people already struggling to get fresh air.

The key way people can protect themselves in these conditions is to limit their time outdoors, and if someone has to leave the home, they should wear a mask rated to filter particles, like an N95 mask. Within their homes, they should seal doors and windows and filter air coming through ventilation systems.

Ghosh emphasized that it’s important for people to check their local air quality since the amounts of smoke can vary a lot, even between nearby neighborhoods. And wildfires aren’t the only thing degrading the air.

“While we are in wildfire season, … we are also in smog season,” Ghosh said. “There are these different types of pollution and it’s important to pay attention to both.”

The South Coast AQMD created an app where Southern California residents can track where the air outside is dangerous to breathe, including wildfire effects as well as urban pollution sources.

However, these regions facing wildfire smoke are also, of course, confronting the Covid-19 pandemic. Since the disease is a respiratory infection that can spread through the air in closed quarters, much of the guidance for reducing exposure to the disease centers on increasing ventilation and exchanging indoor air with outdoor air.

That’s creating a challenge for officials trying to both mitigate the pandemic and reduce exposure to wildfire smoke. And as the fires continue to rage, the tension will increase.

Coronavirus rumors can thrive in group chats on Facebook, WhatsApp, and texting apps 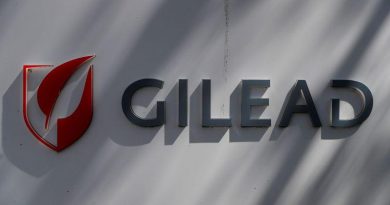