Some people were on the pitch. They thought it was all over. Because it was and the 11 Japan players were joined by the rest of the squad, all streaming across the Khalifa Stadium turf, headed for the corner in euphoric, exhilarating celebration of their greatest ever win. The turn of pace, it seemed, was not confined to the substitutes who overran Germany in a remarkable final half-hour.

The buoyant Japanese were energised by the astonishing, by Shuichi Gonda’s quadruple save, by the goals the impact subs Ritsu Doan and Takuma Asano delivered, by the sudden sense that, from a seemingly routine victory for Germany, this became the kind of occasion that will be remembered for decades. “A historical victory, to say the least,” stated their manager Hajime Moriyasu.

He pronounced himself surprised. He modestly attributed the humbling of Germany in part to the influence of Germans, dating back to Dettmar Cramer who, like Flick, was a European Cup-winning Bayern Munich manager. The Japanese goalscorers ply their trade in Germany, but for Freiburg and Bochum, not Bayern and Borussia Dortmund. Flick, meanwhile, lamented how unGerman his side were. “They were more efficient today,” he said. His side had 71 percent of the ball and 17 shots. They scored once. They were found wanting in either box.

“We are brutally disappointed,” Flick said. “We had 78 percent possession in the first half and deservedly took the lead. In a phase in which we were superior we had a lot of chances to score but didn’t take them.” That was allied with shoddiness at the back. “We made mistakes that we should never make in a World Cup,” Flick added. “We have to defend better.”

The culprits in chief were Nico Schlotterbeck, shrugged off by Asano for the winner, and Niklas Sule, who had played him onside. The choice of a hulking, cumbersome centre-back at right-back had felt questionable before then; Takumi Minamino skipped in behind Sule for the equaliser. The full-back roles have appeared problem positions for Germany for much of the time since Philipp Lahm retired, but Sule and Schlotterbeck are symptoms of a shortage of top-class centre-backs, Antonio Rudiger apart. Omitting Mats Hummels may have come at a great cost.

It may not have been Flick’s only dubious decision. His initial gameplan seemed to be paying off but Moriyasu was the architect of inspired substitutions whereas Flick’s changes may have weakened Germany. Replacing Ilkay Gundogan removed a player who, with Joshua Kimmich, gave Germany superiority in midfield. Taking off Jamal Musiala spared Japan further torment at the hands of the teenager.

Musiala, Kimmich and Gundogan contribute to the impression Germany have half a compelling team. They are blessed in much of the midfield, on the wings and for potential No 10s. They are well-stocked for goalkeepers, as Manuel Neuer’s ultimately irrelevant wonder save showed, but lacking in defence and at centre-forward. The missed chances reflected a lack of ruthlessness. Kai Havertz stood in as a striker, had a goal disallowed and, not for the first time, flattered to deceive. Germany posted an expected goals score of 3.3, the largest in defeat in a World Cup match since 1966.

It was not the only historic element. The last time Germany lost a World Cup game after opening the scoring was the 1994 quarter-final: Yordan Letchkov’s winner gave the Bulgarian a place in football folklore far outside his home country. The same fate may await Asano, not least because of the quality of his eighth international goal, whether the stunning first touch or the ferocious finish. Rewind to 1994 and, after reaching the previous three finals, Germany possessed an aura of invincibility. Now, as a second successive group-stage exit beckons, there is a feel of fragility.

There were echoes of the 2018 loss to South Korea. Germany were caught on the counter-attack again. Control gave way to chaos again. Neuer ended up far from his own net: on the left wing four years ago, in the Japanese penalty box, trying to head in corners now. Neither ploy proved successful.

Flick shrugged off the comparisons to the Korea game, arguing he was not involved then. His experience of mortifying results has tended to be as the victor. He was Bayern manager when Barcelona were destroyed 8-2. The chastening World Cup defeat on his CV is Brazil’s 7-1 evisceration by Germany when he was Joachim Low’s assistant.

Now he is Low’s successor and rather than emulating him by winning the World Cup, he could become only the third Germany manager, after Sepp Herberger in 1938 and Low in 2018, to fall at the first hurdle. “With this defeat and no points we are under pressure, there is no question about this,” Flick said. “We are to blame.” And the blame game will only increase if a loss to Spain on Sunday seals Germany’s fate. 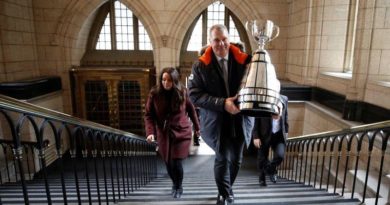 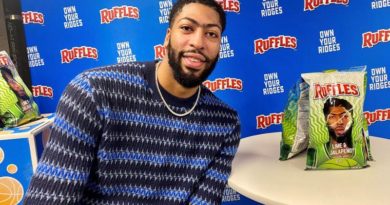