For years, biosecurity experts have been warning that the US and the world are not prepared for a large-scale pandemic.

On the 100th anniversary of the 1918 Spanish flu, which killed at least 50 million people worldwide (or between 3 percent and 6 percent of the whole world’s population), former “Ebola czar” Ron Klain warned that “it is the prospect of another such pandemic — not a nuclear war, or a terrorist attack, or a natural disaster — that poses the greatest risk of a massive casualty event in the United States.”

It is probably too early to apply the word “pandemic” to the coronavirus outbreak that started in Wuhan, China, earlier this year, though some already are. About 361 people have died in China so far, for a fatality rate of about 2 percent, and though the situation on the ground is changing rapidly, we’re still far away from the worst-case scenario experts warn about.

That said, the coronavirus is a reminder — like the Zika and Ebola outbreaks before it — that big disease outbreaks can sneak up on us, and it’s better to be prepared for them than caught by surprise.

Beth Cameron, currently the vice president for global biological policy at the Nuclear Threat Initiative and formerly the senior director for global health security and biodefense on the White House National Security Council during the Obama administration, has done as much thinking as anyone about how to prepare for a mass casualty pandemic. A PhD biologist by training, she has written extensively on best practices in terms of funding pandemic response, responding to deliberate bioterrorism, and measuring the relative health security preparedness of various countries.

We spoke Friday about what the coronavirus outbreak tells us about US pandemic preparedness, what the US and other countries could be doing better, and why a highly lethal influenza outbreak is the worst nightmare of biosecurity experts.

The transcript has been lightly edited for length and clarity. For more of Cameron’s views, read her recent blog post laying out policy recommendations following the coronavirus outbreak.

The head of the World Health Organization said that China is “setting a new standard for outbreak response”; other evaluations are a lot less flattering. How well do you think things are going?

Over the past decade and a half, since the SARS outbreak in the early 2000s, it’s clear that China has built stronger public health capacity. What this outbreak is making clear is that there is no country, including in my view the United States, that is fully prepared for a high consequence outbreak.

This outbreak is obviously a bad situation and we don’t know which direction it’s going to go yet; it’s too soon to tell. But we do know that we don’t have the capability to detect, isolate, and ultimately stop a fast-spreading pandemic influenza, like the 1918 flu that killed at least 50 million people, from spreading.

This is yet another wake-up call for the world that we’re not where we need to be.

What does “pandemic preparedness” mean, concretely? What sorts of factors do you look at in evaluating how prepared a country or health system is for a big disease outbreak?

There are some things in a health system that are particularly important for epidemic and pandemic preparedness. That includes things like disease detection — the ability to understand that you’re seeing something new — and the ability, once you’ve identified a novel outbreak like the Wuhan coronavirus, to detect and report it. When there’s zoonotic spread between humans and animals, it means making sure those systems of surveillance are talking to each other.

It also means emergency operations capabilities, which allows you to estimate caseload and send out rapid response teams to find cases, trace them back, isolate, and stop spread.

Disease detection and surveillance depends on the ability of those laboratories to confirm disease and communicate with one another. [It also depends on] the epidemiology workforce, the disease doctors who go out and actually do this work of finding cases and understanding where there’s been contact. There are also other things that are really important during an epidemic or pandemic but also just critical things day to day: the number of doctors and nurses; hospital capability; health care infrastructure; the ability of your citizens to access and pay for health care.

Those things are important during an epidemic obviously because you need those things to treat people, but also because it’s not like other health risks that are making people sick and killing people go away during an outbreak. A great example during the Ebola epidemic was the number of increased deaths from other diseases, like malaria, because of a lack of access to the overall health system while it was being overrun and overtaxed.

There have been a bunch of efforts in the last couple of years, from the Bipartisan Commission on Biodefense and the World Bank, to lay out what a more robust pandemic response policy would look like. Has any of that been implemented in the ensuing years?

On pandemic response, the World Health Organization (WHO) has reorganized itself since the Ebola outbreak. There is definitely a stronger WHO emergency outbreak response than there was in 2014. There was huge supplemental funding from our Congress in 2015 that was for Ebola preparedness but it was also a five-year supplemental. A lot of that funding was bolstering US epidemic and pandemic preparedness generally.

I’m concerned that as that funding expires, some of those programs, including US hospital preparedness, could suffer. One thing people should keep their eye on is not just hospitals but overall health system preparedness. The way that people seek care now is often in urgent care centers and in walk-in clinics, and down to that level we should have comprehensive preparation.

One of my colleagues said the other day that now is really the time to dust off our pandemic preparedness planning. We’re in the middle of an outbreak but we’re in the middle of an outbreak that hasn’t claimed a huge number of lives yet, and we don’t know how far and fast this is going to spread before it’s contained. Now is actually a great time to update our planning while we’re testing that planning.

Coming out of [the Ebola] experience, there was a lot of effort and funding put into the global health security agenda to identify and fill the gaps. There’s been tremendous progress made in identifying gaps. I’d give the world a high grade in understanding our gaps and identifying standards for preparedness around the world. But filling those gaps is where we haven’t made nearly enough progress.

There aren’t many incentives for countries to use development and development bank funding for preparedness. There are other priorities staring countries in the face, including urgent health priorities like infrastructure projects.

But there’s a groundswell of interest in dusting off the incentive structure for pandemic preparedness and really thinking about the need for something like a global health security challenge fund, which is recommended by the CSIS Commission on Strengthening America’s Health Security. And something similar is recommended in our Global Health Security Index Report, which we worked on with the Johns Hopkins Center for Health Security and the Economist Intelligence Unit.

You brought up the flu earlier. Why is the flu in particular so terrifying to pandemic experts?

One reason the bellwether for pandemics is influenza is the fear of having a higher-mortality flu, when we know that flu spreads so rapidly and infects so many people around the world. The concern, really, is having a disease that’s both highly transmissible and highly virulent.

The other thing that many of us in the catastrophic biological risk community are worried about is a disease that is either accidentally or purposefully created. We’re worried about an engineered agent that can spread rapidly by respiratory route and can cause larger mortality.

[It’s very important] to have a universal flu vaccine. It’s also important to invest in globally accessible medical countermeasures. The Coalition for Epidemic Preparedness Innovations (CEPI), which was set up after Ebola to figure out novel ways to develop countermeasures for epidemic disease threats for which there’s currently no vaccine or therapeutic. They have been very proactive with the novel coronavirus. One of the reasons they were able to do that is because coronaviruses were on their list of agents to be concerned about. That was an example of foresight in the international community, and investing in institutions like CEPI to make them stronger is really important.

Sign up for the Future Perfect newsletter and we’ll send you a roundup of ideas and solutions for tackling the world’s biggest challenges — and how to get better at doing good.

How to have a safe summer during Covid-19 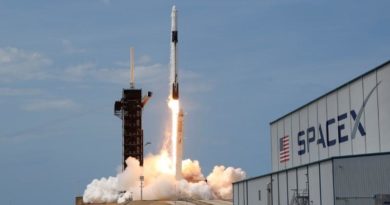